Tommy Charles and his partner of almost 22 years, John Ed Willoughby, are often remembered as the “Godfathers” of talk-radio in Birmingham. But he also was an important part in the early days of “rock and roll” radio in Birmingham.

A native of Chattanooga, Tennessee, Tommy wanted to be a big band singer like his favorite male singer, Frank Sinatra. However, when Tommy left Chattanooga in 1955 to pursue his singing career, the big band era was ending. He first was a vocalist with the Horace Heidt Orchestra. While with the Heidt Band, he sang on a number of CBS Radio Network shows. He soon signed a recording contract with Decca Records shortly thereafter and recorded an album entitled “Our Love Affair.” The title song of the same name received regional air play and became his signature radio song over the years. In 1956 he appeared as himself, along with other rock and roll stars, in the American International Pictures film “Shake, Rattle, and Rock” singing “Sweet Love on My Mind” and “Rockin’ on Saturday Night.” This success was followed by touring the night club and supper club circuit in the south and southeast, and appearing locally at Mike’s South Pacific Club in Homewood.

Tiring of the constant travel necessary on the night club and supper club circuit, Tommy accepted an offer from legendary radio station general manager Ben McKinnon to be the overnight DJ for WSGN radio in Birmingham. His first day with WSGN was December 18, 1956, and he was given the midnight to 5:00 a.m. shift. According to Ben McKinnon who was there at that time, when he first went live on the air, Tommy “froze” and someone else had to take over for him. This however, was the first and only time Tommy Charles was speechless behind a radio microphone. He was an immediate hit with the teenage audience, and soon was moved to the night slot of 7:00 p.m. to midnight. He took over the Sky Castle Serenade show that was broadcast live from a small, remote glass-enclosed studio located above the Hickory Hut Bar-B-Que drive-in at the Five Points West Shopping Center.

Since the Sky Castle Serenade show had been such a big success in its previous location at Eli’s Drive-In, with the teenagers parking in the restaurant parking lot just listening and watching the broadcast, WSGN was asked to move it to another location. This move worked well with Tommy taking over the broadcast at the new location. In an interview in the 1980’s, Tommy talked about his days at WSGN and the Sky Castle broadcasts specifically. He lamented about how radio had changed as to what DJs could play, i.e., the playlist. Back then, he could play requests from the people at the restaurant and play pretty much whatever he wanted to play at night. He even sang along with the records when he felt like it. To this day, when we hear certain songs we associate with Sky Castle, we still remember them and Tommy.

After the remote Sky Castle broadcasts ended, Tommy returned to the studio and continued with his nighttime program. He was voted “Best DJ of the Year” by the Birmingham Advertising Club in 1957, ’58, and ’59. He also was active in civic theatre, starring in several plays with the Center Players.

With success came other opportunities. In 1961, Tommy left WSGN to a take a position with KTHT radio in Houston, Texas – joining his general manager Ben McKinnon, and was replaced by Dave Roddy from WYDE. He returned to Birmingham the following year taking the 3:00 to 7:00 p.m. slot at WYDE. Shortly thereafter, he joined with Doug Layton, who had moved from WSGN to WYDE earlier, to become the first two-man radio team in Birmingham. Known as “Layton and Charles,” they were an immediate success with their banter, skits, and the music they played. They also hosted a number of teenage dances in the local area at places like the Hollywood Country Club.

In 1965, Tommy and Doug started their own radio station, WAQY, in partnership with local auto dealer Tom Gloor. On-air characters they had developed over the years including “Buddy Birmingham”, “Sir Rodney Featherstone”, and “Jud and Clara Harrington” also went with them. It was in 1966 while Tommy and Doug were hosting WAQY’s morning show that the most famous incident in his career to date took place – the “Ban the Beatles” hoopla. Early one morning, after hearing John Lennon’s statement about the Beatles being more popular than Jesus Christ, Tommy and Doug decided that they would no longer play Beatles’ records and announced their decision on the air. The momentum took off from there – spreading nationally. Tommy said later it was a “gut reaction” and was not something to generate publicity. 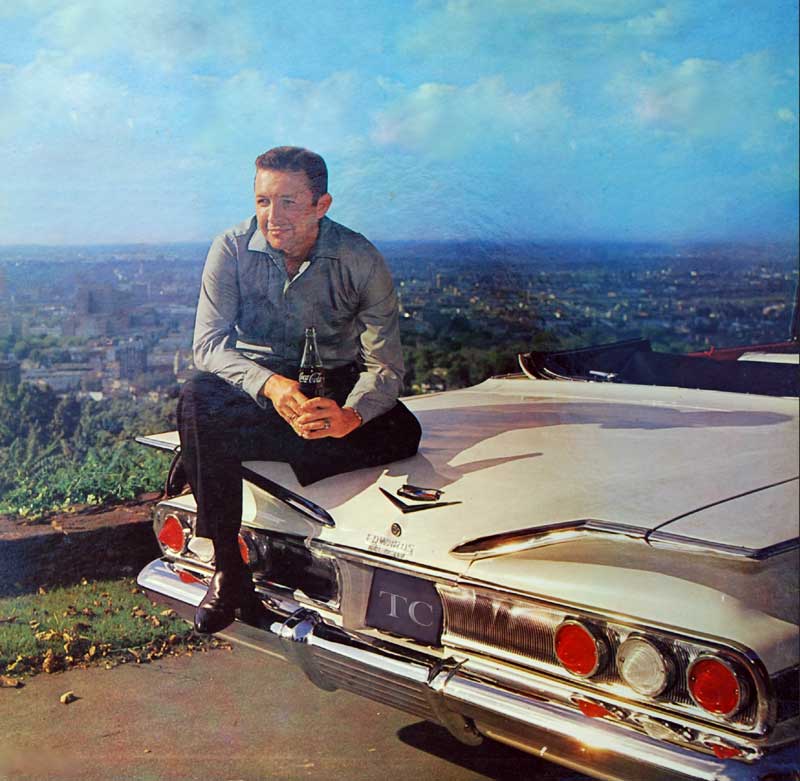 Because WAQY was a daytime station and had only 1000 watts of power, it was difficult to generate enough revenue to be profitable. As such, WAQY, as it once was, went off the air in 1970. In the interim, Tommy continued to work with his advertising agency and for a brief period was the sportscaster for WBMG-TV (Channel 42) in the early 1970’s.

In 1975, Tommy returned to WSGN, rejoining station general manager Ben McKinnon. Shortly thereafter, Tommy asked Mr. McKinnon to partner him with John Ed Willoughby – a partnership that lasted over 21 years. From the WSGN Penthouse in the City Federal Building, the “TC and John Ed Show” moved to WVOK and in 1985 began their long-tenured run with WERC. In the early days of their show, they still played some music before becoming an “all talk show.”

Tommy and John Ed received the “Lotus Award” from the Alabama Broadcasters Association for their actions during the Birmingham ice storm of 1982. Tommy also was widely recognized for his individual efforts during the historic snowstorm of 1993, when he literally crawled up the mountain to get to the station to take calls from listeners in an effort to get aid to them during the emergency period.

Sadly, Tommy Charles passed away in 1996 after open heart surgery. Morning radio has not been same without him. Tommy, thanks for the memories and for all the good times! 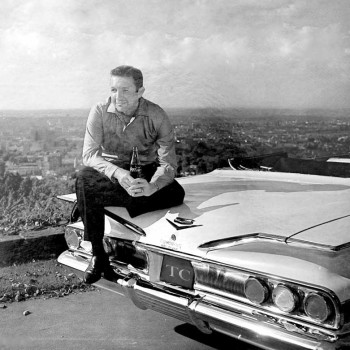