The Rockin’ Rebellions first got together as a band in 1966 with members Donald Barbee (guitar and keyboards), Ronald Barbee (bass), Rick Fortenberry (lead guitar), and Ross Gagliano (drums). They played rock ‘n roll dance numbers at local sock hops in and around the Birmingham, Alabama area. In September of that year, they brought in lead singer Henry Lovoy. The group practiced at the Woodlawn Shoes Repair shop that Ross owned. This is where dedication and hard work paid off and the band really came together as one of the premier garage bands of the Southeast.

In November of 1966, the group recorded their very own “By My Side” at the Boutwell Recording Studio. The song was written by Donald Barbee and Henry Lovoy. The flip side was a Beatles cover of “Run For Your Life”. The first radio airplay was on WSGN’s “Dave Roddy’s Top 40 Countdown”. It entered the charts at number 37 making it up to number 28.

On May the 6th of 1967, the Rebellions recorded a Jimmy Johnson-engineered Frank Zappa-penned tune – “Any Way the Wind Blows” at Fame Studios in Muscle Shoals. The flip side was a cover of Bo Diddley song – “Don’t Let Go”.

The Rockin’ Rebellions entered the big VOX (sound equipment) sponsored “WVOK Battle of the Bands” contest held at the Boutwell Auditorium in downtown Birmingham on May 20, 1967. The Rockin’ Rebellions won top honors – beating out 67 other bands from throughout Alabama. Their big prize was three VOX Super Beatle amplifiers – the kind the Beatles used!

On June 17, 1967 at the Atlanta Municipal Auditorium, the Rebellions won again – this time they were awarded first place in the “Southeastern Battle of the Bands” over bands from Georgia, North and South Carolina, and Florida.

That year the Rockin’ Rebellions appeared on all four (the Spring, Summer, Fall, and Winter) “Shower of Stars” shows sponsored by WVOK radio in Birmingham and WBAM in Montgomery. They played with such artists as The Who, the Young Rascals, Paul Revere and the Raiders, Herman’s Hermits, Gary Puckett and the Union Gap, Billy Joe Royal, Lou Christie, and many other top stars that were in their heyday.

In November of 1967, renowned local deejay Duke Rumore introduced the band to Eugene Luchessi from Memphis, producer of Sam the Sham and the Pharoahs, who set up a recording session at the new Sun Recording Studio that Sam Phillips had built with the money he received from the sale of Elvis Presley’s contract to RCA Victor. The Rebellions were well-received by Dickie Lee and Stan Keller who produced “Would You Like to Go Somewhere With Me Sometime”.

Henry, Ross, Donald, Ronald, and Rick were on their way to even more concerts across the South – playing in Florida with the Swingin’ Medallions and the Classics IV – in concerts set up be WAPE (who was affiliated with WVOK and WBAM – with Dan and Clyde Brennan). They also played for WCLS in Georgia – performing with Mitch Ryder and the Detroit Wheels and the Royal Guardsman. Touring constantly, they also played many gigs in Tennessee and Kentucky.

What a ride! From playing local armory sock hops – to being voted the best band in the Southeast – to playing with all of the stars of the 60’s rock ‘n roll era – to still playing today in different groups (but occasionally still getting together), Henry, Ross, Donald, Ronald, and Rick have always represented Birmingham, Alabama with class and dignity as our very own Rockin’ Rebellions. 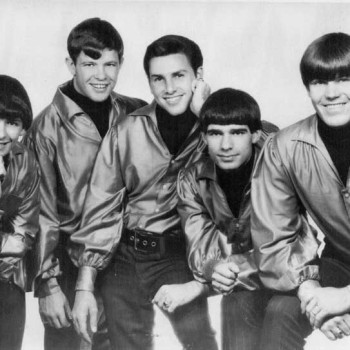