Back in the late 40’s in Birmingham, Alabama, an ordinary high school student, who had originally planned to become a dramatic actor, instead became the first and foremost sought-after personality of black radio in his time, and consequently many years following. This man is none other than the original Playboy himself, Shelley Stewart. “My first professional radio gig was at WEDR-AM in 1949, where I earned $17.50 per week,” he reflected. “I started out doing mornings, moved to mid-days, then eventually evenings. By the early ’50’s, I earned $25 per week, and soon after that I was making $30. I guess I was really moving up back then.” That he was. He became very popular locally, appearing at what was known back then as platter parties. He also worked as a comic in the area, making him one of the most popular entertainers in the South during the mid-50’s. By 1958, Stewart left the state to work for WOKJ-AM in Jackson, Mississippi. The more he moved around the more popular he became, making his mark all over the Southern region of the United States. He offered, “Many air personalities patterned themselves after me. Remember the key word here is personality. That meant you had to virtually sell yourself as an entertainer on the air.” Another trend Stewart set that many air personalities followed was on-air nicknames. Stewart was known as the “Playboy.” The others who followed were such air personalities named as Milton “Butterball” Smith, “Wildman” Steve and the “Mad Hatter”.

As the country progressed into the ’60’s, everyone experienced a sense of change. At a time when Civil Rights became the lead topic of almost every conversation, Stewart was right there in the mix. He explained, “I was very much involved in our struggle for Civil Rights. Being that I was a strong voice for blacks in the South, I was able to fight most of those early battles right on the air. That was something most black air personalities at the time were not willing to do.”

In 1962, Stewart opened a record store, which eventually slanted his interest toward record promotions. Working the radio end first made the transition to retail and promotions a much easier transition than if he had started with retail sales and promotion work first. He worked extremely close with artists like Sam Cooke, Johnny Ace, Lou Rawls, and Otis Redding.

Stewart teamed up with some of Birmingham’s well known radio personalities in the 1970’s at station WENN. It was 1976 and the whole crew walked out of WENN when A.G. Gaston bought the station. That’s when the old WENN crew, Tall Paul, Thin Man, Erskine Faush, Pat Williams, and Stewart moved to WATV Radio. In 1988, Stewart and Faush purchased WATV Radio and remain the current owners still today.
Perhaps Shelley Stewart is known for many things, but his favorite radio sayings will always follow him such as “Timberrrrr! Let him fall!”, “Good Goobly Woobly!”, and “Can I Get a Witness?”. The only black radio personality in the United States to broadcast for 52 consecutive years, Shelley Stewart started his radio career at 16 years old and has been “on the air” ever since. Today he can be heard every weekday morning hosting “Open Mike” on his own 900 Gold WATV Radio here in Birmingham. Loyal fan club members communicate still with Stewart. As a result of his long and accomplished career, the Smithsonian Institution inducted Shelley as a pioneer of radio in 1996.

Shelley is also co-owner with John Zimmerman of O2 ideas, serving as Vice Chairman and Chief Consulting Officer. Shelley began his career with the agency more than 25 years ago as a silent partner – before blacks and whites could openly work together in the south.

Today O2 ideas is one of the largest communications companies in Alabama with more than $75 million in annual revenue and a diverse staff of 75. Among their clients are Honda Manufacturing of Alabama, EXPO Design Center (a division of Home Depot), Verizon Wireless Midwest Division, Bruno’s Supermarkets, GartSports/Sportmart, Books-A-Million and booksamillion.com, and mostly recently SAKS/Parisians, Proffitt’ s, and McRae’s.

In addition, Shelley has received the Drum Major of Justice Award at the National Southern Christian Leadership Conference (SCLC) for faithful servant and the World Conference of Mayors Outstanding People of the World Award, and he has been inducted into the Black Hall of Fame located in Las Vegas. Shelley was honored as a “Living Legend” in Hollywood by the music industry and Warner Brothers, and was recognized by Coca-Cola Bottling Company nationwide as one of the top ten most recognized African-Americans in the state of Alabama. Shelley has also been recognized for his work in support of human rights with the 1999 “Footsteps to Freedom” award from the 16th Street Foundation.

Shelley completed the courses at Cambridge School of Radio and Television Broadcasting in New York City. He also attended Booker T. Washington Business School and Miles College. He has been awarded a Doctorate of Humane Letters from Miles College and a Doctorate of Law from Faith College.

His most recent accomplishment is the completion of his memoirs of his illustrious career and life story in his upcoming book, “The Road South”, which will be published by AOL Time-Warner and released in July 2002. 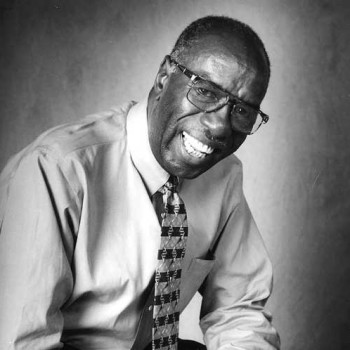