Induction ceremonies are taking place at 2:00 pm on Sunday August 21, 2005 at the Cedars Club, 301 Greensprings Avenue in Birmingham during the annual BRC Record and CD Show.

In the music industry, there are many that are called “legends.” There are singers, producers, and writers that have lasted through all of the changes through the years. Roscoe Robinson is one of the great musical talents that has endured and lasted for over 49 years.

Roscoe Robinson was born in Dermott, Arkansas and went to school there before going into music full time. In his own words, “I’ve been most everywhere you could go in this business to perform.” When asked what brought him to Birmingham, he replied that Birmingham was centrally located and it was easy to get out to performances and then back. He has lived in Birmingham for over 38 years.

His first million seller was “That’s Enough” on the Scepter Label recorded in 1963 in Chicago, Illinois. He then went on to have follow-up hits with “A Thousand Rivers” and “Do It Right Now.” He has sung with David Ruffin and Eddie Kendricks of the Temptations, Patti LaBelle, B.B. King, Aretha Franklin, Lou Rawls, and many others.

His gospel hits include “Sending Up My Timber”, “Lord You’ve Been Good To Me”, and “Father I Stretch My Hand Up to Thee”. After many years of singing with the “Blind Boys of Mississippi,” he started singing with the Grammy award-winning “Blind Boys of Alabama.” One of their recent albums on which he sang “Soldier in the Army of the Lord” was recorded here in Birmingham at the Sound of Birmingham studio.

Roscoe Robinson continues to record to this day. He recently has gone back into the recording studio to record a secular album of new contemporary songs. With his pleasing tenor voice, he is winning new fans while previous fans are rediscovering him.

While being a professional when it comes to music, Roscoe still is a very personable person and a well-liked individual. We are proud to know him musically, but more honored to have him as a BRC friend here in Birmingham. 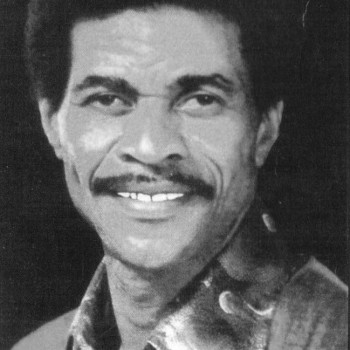