On November 15, 1938, at the former Jefferson-Hillman Hospital in Birmingham, Alabama, a child was born who early in life learned to appreciate music and to this day has more desire to promote and produce talent than anyone in Hollywood, Nashville, or New York.

James ‘Les’ Hollifield has always been a Birmingham person – living most of his life in Woodlawn and now resides in Centerpoint. Les attended Avondale, Lakeview, and Kennedy grammar schools and graduated from Woodlawn High School in 1957. While in grammar school, Les was a newspaper carrier for the Birmingham News. As a student at Woodlawn, he worked the soda fountain at Woods Drug Store, and when it closed, he worked at Bruno’s sacking groceries. Attending UAB, majoring in civil engineering, Les acquired his first job after high school as a structural steel detailer with American Bridge.

While at Kennedy, Les attended a school bazaar with some friends. A girl there, also with friends, had won a cake in a cakewalk and all of the friends were closely examining the cake when the girl who had won the cake smashed the cake into the face of Peggy, one of her friends. Peggy blamed Les! From that first meeting, Peggy and Les dated for 4 years before marrying for 51 wonderful years until her recent death on November 1, 2010. Les has 2 beautiful daughters, Elizabeth and Ellen – each with 2 children.

Les’ interest in music began in high school when his ushers club allowed him to usher for “South Pacific”, “The Moon is Blue”, “Oklahoma”, and other shows that came to town. Les was also a member of the Cavaliers, a singing club at school, appearing in the minstrel shows hosted by the Warblers, another highly-recognized singing club at Woodlawn.

In 1957, a few of Les’ friends were in a band and had written a song. Les also had written a song and along with the band, decided to record the songs at Homer Milam’s Artist Recording Studios downtown. Les’ first and only attempt at singing produced Les and the Jokers “Get on the Phone”/”Barbara Sue” on his newly-formed Squire label. For backing him up, Les produced the Jokers, recording as the Shifters, doing the instrumentals “Count Down”/”Ameri-Mexicani Rock,” also released on his Squire label.

At this point, Les decided he truly wanted to help other groups get their start. In 1960, Les produced the Ramrods — an up-and-coming local Birmingham band — recording of two great instrumentals “Slouch-ee” /”Slee-zee”. He knew a record contact with the national King record label and sent the master to him. King loved the songs and released them on a subsidiary label – Queen. This was the second record for this band whose talented members went on to join some big name bands all the way into the 80’s.

In 1964, local teenager Henry Lovoy, came into Les’ life, bringing his song called “Baggie Maggie”. After Les had him clean up the lyrics somewhat, he produced Henry’s song backed by “Hong Kong, Mississippi” and released them on his newly-formed Staff label – so-named because he had planned to do some gospel releases on the label. This, Henry’s first record, with its killer guitar work, is revered as a great in rockabilly music. Henry is still playing – having enjoyed a long career in performing. That same year, Les recorded “Little Mama” and “No One Can Tell” for Slick Lawrence, introduced to him through singer Piney Brown, and released these cuts on the Squire label as well.

Another local teenager from the west side of town, Norman Juliano, came to Les in 1965 where Les recorded his “Rosa Lee” and “No One” – two really good teeners – one uptempo and one ballad. Since Les’ wife Peggy wanted to be a part of this venture, Les combined her name Peg and part of his first name to form the label of Pegames on which to release this record.

In 1970, Les produced Don Jones, a coworker and friend at O’Neal Steel, as Don J, performing “Making Promises” and “Welcome Mat” – released on the Staff label. Fast forward to 1987 when Les recorded some progressive rock songs by some of his daughter Elizabeth’s fellow classmates of the 1980 graduating class from Huffman High School. These guys had a band called “White Lies” and Les produced “Born to Rock” and “White Lies” – releasing them on his newly-formed Camellia label – a name derived from the name of the street where he lived. In 1992, while watching
Ed McMahon’s “Star Search”, Les was pulling for John Blaylock,.a 2-time winner from Warrior, trying for his third win. Les had 2 songs he wanted recorded, so he went to Fame Studios. Here he found John working as a studio musician. Les had him record “I’ve Already Heard It Before” and “Grandpa’s Memories (Alabama Sky)”. Les pressed these on his Camellia label as well. A short time later, while working on a cruise ship, John became ill and and passed away. The “Grandpa’s Memories” song which, once heard, one would agree, should be the official State song of Alabama. Les pursued this with many politicians with no positive results.

Les saw talent in his own daughter, Elizabeth, who is a promising Patsy Cline sound-alike. She recorded “Lipstick on Your Collar” and “Only Time” – a really good ‘advice’ song written for Elizabeth by her loving Dad when she was in his lap crying because a boyfriend had broken up with her. These were also pressed on the Camellia label.

An idea came to Les while watching Fernando Lamas on television doing his famous catchphrase “You look mahvelous!”. Les had a singer perform a comedy parody called “You Look Marvelous” with the same accent on ‘mahvelous’. Months later, and completely unrelated, actor/comedian Billy Crystal came up with and performed the same routine on the “Saturday Night Live” TV show and it took off. Les also heard on the “TC and John Ed” radio show in the mid 1980’s a comedian named Captain Tyrhea Moore describing his unique food recipes. Les located the comedian and recorded 4 of his best recipes and pressed 500 copies of it. He gave 250 copies to the comedian to sell for charity and he gave John Ed the other 250 to sell at his ‘hanging grapes’ Rossi’s Italian Restaurant for charity. He sent a copy of it to the famous chef Julia Child who replied with a humorous and complimentary letter.

In the early 60’s, a young performer attending Auburn University sent Les a demo tape. It was instrumental with some weird cricket sounds intermixed. Les’ wife Peggy liked it, but with no vocal demo, Les rejected him as a no-talented wanabee. How shocked Les was when this Bobby Goldsboro later had a #1 nationwide hit with his song “Honey”.

Les has written many songs throughout his long career but none as remarkable as his “Red, White, and Blue” – a patriotic song inspired while watching troops not getting to come for Christmas from the Vietnam war. It is a heartfelt tribute to our servicemen as he feels for them throughout four annual holidays. Before he recorded it, he sent a copy of the words to President Lyndon Johnson’s office. He was then contacted by the Department of Defense who purchased the rights to the song.

Today Les has a website that sells MP3’s of his recorded songs – www.cr205.com, still works as a steel fabrication designer, cherishes his daughters and grandchildren, witnesses for his Savior Jesus Christ, and has the strong desire to help musical talents get a break. 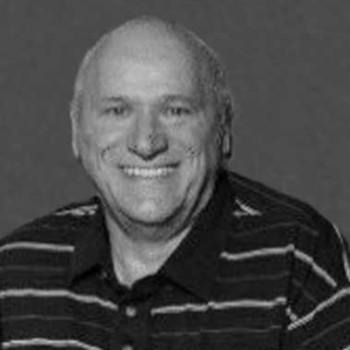