We first heard Lawrence when he was with Hugh Rogers and The Mad Men at a local club. He totally knocked us out singing Ray Charles better than Ray Charles.” This is how Marvin Taylor of the K-Otics described the first time that he and fellow band members saw Lawrence Shaul. It was this meeting that so impressed the K-Otics’ members that in 1966, when they needed a keyboard player, they contacted Lawrence and he became a K-Otic.

Lawrence Shaul was born in Macon, Mississippi in 1947. He spent his early youth in Pickens County, Alabama. It was there where his parents were friends with a local DJ and bandleader, Carl Sauceman. The dances that Lawrence attended were family-oriented events at the VFW hall where he was encouraged to sing along. That was his first exposure to live music and he was hooked from the start.

In 1956, Lawrence’s family moved to Birmingham, where he attended Hueytown and Ensley High schools. This move presented him with many more opportunities to play at local theaters, variety shows and dances at local venues like the Alabama Theater, Cascade Plunge, the Greymont Armory and Holiday Beach. By 1962, he had started playing clubs like the Rickwood Club for the door receipts, where he learned the importance of having one of your own people at the door. His success led to more talent contests with local disc jockeys and personalities such as Happy Hal Burns, Country Boy Eddie, and Dan Brennan. He actually won the chance to record “Hey Little Mama” from just such a contest. This record on the Birmingham Reed label was his very first. The flip side was “Tutti Frutti”.

Lawrence enjoyed listening to a wide variety of music during his formative years. Performers such as Hank Williams, Elvis Presley, Jerry Lee Lewis, B. B. King, Jimmy Reed, the Drifters, Little Anthony, the Temptations, Otis Redding, and Bobby Blue Bland were some of his favorites which shows the wide love of music he had. But the one performer he liked to imitate was Ray Charles.

Wanting to be a musician, Lawrence tried the guitar, but he didn’t think he was too good at it, and with the large number of guitar players in the business, he chose another instrument – the organ.

Over the next 18 years, Lawrence worked clubs from New York to Florida and local clubs such as Sammy’s Supper Club, the Five O’clock Club, the Patio, Diamond Jim’s, the Boom Boom Room, the Pussycat a Go Go and Constantine’s at the Sheraton. He worked with such bands as the Roadrunners, the Premiers, Little Hugh and the Mad Men, the K’Otics, the Classics IV, and many others that he can’t remember. Over the years he was in tour packages which included Sam The Sham, the Shangri-Las, Lonnie Mack, Mitch Ryder, Johnny Rivers, the Drifters, and Ace Cannon.

In 1980, Lawrence played his last club, then drove a truck for a while, and then helped run the family business. He presently lives in Cottondale, Alabama. Lawrence and his wife Gena have three children and six grandchildren. He participates in cowboy mounted shooting and sings in Cowboy Church on Sundays for these events. Lawrence is a member of the Alabama Music Hall of Fame as an achiever. He has lately been doing some gospel music; he says “trying to pay the Lord back for allowing me to live such a blessed life.” 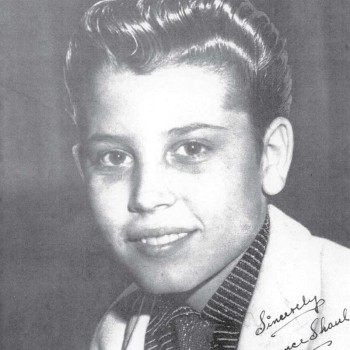