Jeffrey Alan Cook was born and reared in Fort Payne, Alabama. Jeff has been playing lead guitar and keyboard in bands since the age of 13. When Jeff and his cousins Randy Owen and Teddy Gentry were playing in a number of different country, bluegrass, and pop bands in high school, the trio finally teamed up to form Young Country in 1969. Young Country’s first gig was at a high school talent contest where they performed a Merle Haggard song winning first prize at the contest, a trip to the Grand Ole Opry. However, the group was fairly inactive as Owen and Cook went to college.

After graduating from college, they moved to Anniston and changed their name to Wildcountry in 1972, going professional the next year. They wrote their own songs, including the now-famous “My Home’s In Alabama”. Wildcountry changed their name to Alabama in 1977 and released “I Wanna Be With You Tonight”, a minor success peaking in the Top 80. For the next two years, due to legal reasons, they did not record. But in 1979, Alabama self-recorded and released an album, with the single “I Wanna Come Over”, which gained the attention of small label MDJ Records, who released it reaching number 33 on the charts. In 1980, MDJ released “My Home’s In Alabama” which made it into the Top 20. Based on this success, Alabama was spotted by an RCA Records talent scout who signed them immediately.

Alabama released its first RCA single, “Tennessee River,” late in 1980, which began a remarkable streak of 27 number one singles during the decade. This record of chart-topping singles is proof of Alabama’s popularity, but they also were named ‘entertainer of the year’ eight times. They have sold more recordings than anyone else has in any field of music with a current string of 42 #1 singles spanning two decades. They have seven multi-platinum albums, and crossed over to the pop charts nine times during the ’80s. Jeff was a charter member of an undisputed “supergroup”.

After graduating from High School, Jeff received a degree in electronic technology from Gadsden State Community College in Gadsden. Securing a broadcast license three days after his fourteen birthday, Jeff went to work as a disc jockey at a local radio station. The “broadcast bug” got into Jeff’s blood and later resulted in his owning a radio and TV stations.

Jeff lives with his wife, Lisa, in “The Castle” atop Lookout Mountain overlooking Fort Payne. Their home was the very first projects of Jeff’s construction company, Bass Builders. In his spare time, Jeff enjoys coming home to Fort Payne, spending time with Lisa and his 3 dogs – the “furry boys”, working on electronic projects, bass fishing, camping, watching TV, and working in his recording studio – Cook Sound Studios – which is a way for Jeff to help other musicians.

Jeff plays an electrifying lead guitar, and is responsible for all of those “hot licks” on the fiddle, too. Multi-talented Jeff also plays keyboard, bass, banjo, mandolin, and drums. Jeff Cook is staying busy these days with his new band, the AllStar Goodtime Band ( simply known as the AGB) with Mitch Glenn, J.D. Cooper, Larry Hanson, Jim Nelson, Randall Key, Randy Brown, Link Detten, Ronnie Farmer, and Ken Harper – all incredible talents on their own.

For a simple guitar player from Alabama, Jeff Cook has taken his talent to the limit – earning top awards in music and stardom. But, to Jeff, the awards he has received for his guitar work mean accolades for his God-given talent and he cherishes these just as deeply. What the people who know Jeff appreciate the most about him is not only his abilities, but two other things – his love for the state of Alabama, and his keeping class and character while being the tops in the business. In our hearts, Jeff is still the beloved simple guitar player from Fort Payne, Alabama. We are immensely proud to honor him as one of our 2006 inductees into the BRC Music Hall of Fame. 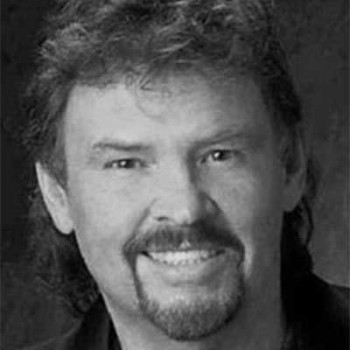