On December 17, 1939 in Union Springs, Alabama, was born one who became the sweetest and silkiest of tenors, quiet and so cool – a tall, lean, handsome member of one of the greatest singing groups of all time. In 1955, Eddie Kendricks, Paul Williams, Willy Waller, and Kell Osborne, were singing in local talent shows in their hometown, Birmingham, Alabama as the Primes when Eddie and Paul left for Cleveland to become the Cavaliers as Eddie in the beginning worked at the Majestic Hotel on 55th & Central washing dishes while performing in the hotel’s Rose Room. With nothing happening in Cleveland, Eddie and Paul moved to Detroit, along with new manager Milton Jenkins, who remembers the Primes rehearsing in the basement of his home, singing for as long as his father could stand it – often until midnight. When Jenkins met the Primes, they were just another of many unknown groups around. Once he saw their show, he was convinced they had star potential. They were young, good-looking, and talented. When future Temptation Otis Williams and his group shared rehearsal space with the Primes, they couldn’t help but notice Kendricks’ vocal prowess and Paul Williams’ smooth and classy choreography. With no real success by 1961, the Primes became discouraged, and Eddie, tired of the small club gigs, decided to return home to Birmingham as the group disbanded.

Later when Eddie put in a phone call to Otis, the timing was perfect – since Otis just happened to have two spots to fill in his group, The Distants. Paul and Eddie added a whole new dimension to his group’s sound, and the merging of the two groups were now called the Elgins. An audition for Berry Gordy went well, and the group was offered a contract on the spot and so the Temptations were formed. It was 1961, but the group wouldn’t have their first hit for a few years. Meanwhile, the group worked hard on their singing, their moves, and their look. Eddie always dressed beautifully – he had a knack for being sharp and hip, but classy at the same time, so his job in the group would be wardrobe, and he began putting together the group’s stage uniforms. The group continued recording on a regular basis with either Paul or Eddie leading on all the early songs, but none of the 1962 singles did much, including the unique “Dream Come True”, and “Paradise”. Both tunes featured Eddie’s vocals, and they are appreciated today, but at the time they didn’t even make the pop chart.

In early 1964, David Ruffin joined the group and coincidently things began to change. Smokey Robinson told the group he’d booked the studio for them to record a song he’d written with Bobby Rogers, one of the Miracles, while driving on the Pennsylvania Turnpike. That night the five of them met at Eddie’s house on Hanover and set out on the familiar walk over to Hitsville, the Motown recording studio. The song, “The Way You Do The Things You Do”, was charming and perfect for Eddie’s voice. It was like a dream, finally! Around the same time, because of Eddie’s foresight and creativity, the uniforms the group had become known for, started getting really wild and the crowds loved them. In 1965, Smokey Robinson, who was writing mostly all of their material, turned his attention away from Eddie momentarily, to hand over “My Girl” to David Ruffin. The song would hit #1 and stay there for eight weeks. It was the Temptations’ big breakthrough. In 1966, Smokey would hand Eddie the song “Get Ready”, but it didn’t do as well as “Ain’t Too Proud To Beg” did for the group. Up until this time, the guys were tight and always hung out together at one another’s houses. Sometimes Melvin would cook up a pot of beans and cornbread. Eddie loved cornbread so much the guys playfully nicknamed him “Cornbread”.

When David Ruffin was dismissed in 1968, Eddie changed. Upset with the attitudes of some of the group members, he formed an alliance with David outside the group. In the late 60’s, times would change, but Eddie still preferred the harmonious love songs and wanted to do some of his own material separate from the group. The group said no, and Eddie became even more dissatisfied. At the Copa in 1970, Eddie walked out after the first show, and it was decided, mutually, that it was time for him to leave the group. And so he did, leaving them with one of their all-time biggest hits. In March of 1971, on the wings of his swan song, the gossamer ballad “Just My Imagination”, Kendricks quit the Temptations. The song hung at #1 for a couple of weeks, but by that time Eddie had already gone.

Eddie now would quickly develop a sound of his own. His first solo album All By Myself featured testimonials on the back cover from Otis, Melvin, Dennis, and Paul – stating that there were no hard feelings regarding his departure from the group. The second album, People…Hold On was also well received. In 1973, the self-titled Eddie Kendricks showed that Eddie had the perfect voice to accompany the pre-disco track “Keep On Truckin”, and he could still serve up a #1 hit for Motown. Next up, the album Boogie Down was also a success. Eddie would continue through the 70’s with good to moderate success. He cut For You in 1974 and The Hit Man in 1975. He’s A Friend in 1976 and the next one Goin Up In Smoke would have spiritual tones. Religion would become important to Eddie around this time and is evidenced in the title song “He’s A Friend” where he speaks of God as his friend. Eddie wrapped up the 70’s with Slick.

In the 80’s Eddie switched over to Atlantic for the release of the 1981 Love Keys, a gem of an album with all love songs. Following this album, things dropped off a bit and the 80’s weren’t as kind to Eddie. Following the 1982 reunion tour with the Temptations, he would find himself ignored by the record industry because it was rumored that he’d lost his voice. Adding to his problems, he would be in and out of court with ex-wife Patricia. At the time, Kendricks was living between Atlanta and Birmingham. In Atlanta, he had his own small independent record label, Msdixie Records, but it would fold within a short time. Eddie was doing mostly benefits and some free concerts and play clubs and nostalgia shows. In 1985 while performing, Kendricks invited David Ruffin, who had come to see the performance, up onstage. Less than a year later, there was a hot Kendrick-Ruffin tour as the two appeared at the Apollo Theater, performed at the biggest international music event in history Live-Aid, were featured vocalists in the anti-apartheid “Sun City” record and video, and did an album together for RCA in 1987 called Ruffin and Kendrick as in the early 80’s, Eddie had dropped the “s” from his last name as he became an even closer friend with Ruffin.

The duo of Ruffin and Kendrick toured for the next couple of years until their 1989 Rock ‘n Roll Hall of Fame induction along with four other Temptations. It was there that they got to talking with Dennis Edwards and the duo became a trio, calling themselves Ruffin, Kendrick, Edwards, Former Leads of The Temptations. The three would form a tight bond as they toured and recorded together. In early 1991, they would produce a video, a real treasure for their fans, in association with Street Gold Productions.

Later that year, Eddie Kendrick had sat in a church pew in Detroit’s New Bethel Baptist Church, hunched over, head in hands, weeping steadily as he said farewell to good friend and singing partner, David Ruffin., who had died unexpectedly.

A little more than a year later, at 10:35 p.m. on Monday, October 5th, 1992, Eddie joined his partner in death. Eddie Kendrick, lead vocalist and founding member of the Temptations, succumbed to lung cancer at the age of 52.

The world will remember Kendrick as the striking tenor with the voice “sweet as sin – spinning and cartwheeling high above the melody like a kite above the trees”. Eddie is gone, but he will never be forgotten as his spirit lives on in the glorious songs he left behind for us. 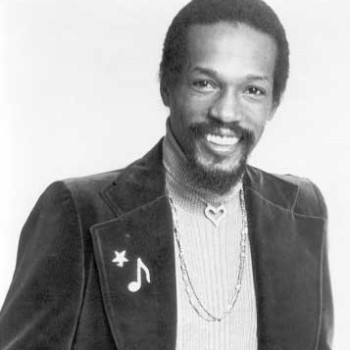