Doug Layton has been an important part of the Birmingham radio scene for well over 45 years. While he might be best remembered as the long-time color commentator for the University of Alabama Football Radio Network, we are honoring Doug for his work as a radio DJ and talk show host.

A native of Sylacauga, Alabama and a graduate of B.B. Comer High School and the University of Alabama, Doug was working as a DJ at a Montgomery, Alabama radio station when the late Tommy Charles heard him on the air. Tommy met with Doug and was later able to get Ben McKinnon, station manager with Birmingham AM radio giant WSGN to offer Doug a job as a disc jockey. Doug worked at WSGN for number of years before moving to WYDE.

At WYDE, Doug was able to convince management to team him with Tommy Charles for the first “two-man” radio team in Birmingham. Doug knew this concept had been successful in another city and he felt it would work in Birmingham. And so, the hugely successful radio team of “Layton and Charles” was born. Although Doug and Tommy played the played the popular records of the day, they also created many “on-air” characters such as the Harringtons – where the listeners were taken “around the corner and up your block for a visit with the Harringtons – Judd and Clara.”

After leaving WYDE, Doug became part owner of a small local AM station here in town – WAQY. This led to Doug’s participation in what may be the second most important event he is remembered for. That event was, of course, the “banning of playing Beatles records and the burning of Beatles records and memorabilia.” Publicity stunt or not, it brought a lot of notice and recognition to WAQY – to Tommy and to Doug. This also allowed Doug to play a lot of records that would not have been played if Beatles records were played.

After leaving WAQY, Doug worked at other radio stations with other partners and sometimes solo until he joined John Ed Willoughby, a fellow 2006 BRC Music Hall of Fame inductee, on talk radio AM station WERC in 1996 after the death of John Ed’s partner, Tommy Charles. After moving to WAPI in 1998, his full-time radio show ended in 2005. Doug currently co-hosts a Saturday morning sports talk show on WJOX-AM 690 (formerly WVOK).

Doug has been a part of the Birmingham radio spectrum for as long as most of us have been listening to the radio, and his range across the spectrum covers the realm. Doug has been successful at doing it all. Long and varying careers in the industry have shown Doug’s tremendous fan base. Rebounding many times, he will always be an important cornerstone of Birmingham radio. It is said that Doug Layton can pontificate for as long as necessary on about almost any subject – whether he actually knows something about it or not. This is part of what makes Doug so entertaining.

Doug has a family member – his daughter Tyler – carrying on the family tradition of being in the entertainment business. Tyler Layton, very close to her Dad, after high school, graduated from the University of Alabama with a Bachelor of Arts Degree in Theater Arts. While in college, she appeared in fifteen plays. She moved to Chicago and entered the world of stage and screen, later moving to Los Angeles where she has become a successful actress – appearing in a dozen films, as many stage productions, and a number of television show appearances.

In recognition of his many contributions to Birmingham radio and to Doug’s long and varied radio career – from DJ to talk show host to color commentator – for over 45 years, we the Birmingham Record Collectors are pleased to announce everyone’s favorite, Doug Layton, is being honored as one of the inductees into the BRC Music Hall of Fame, Class of 2006. 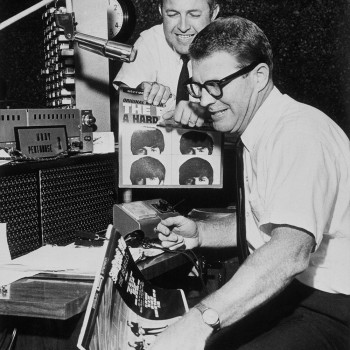