It was 1970 and Donnie Fritts was playing keyboard for none other than Kris Kristofferson, a relationship that would last over 20 years. The tour that year would include places such as San Francisco and the Isle of Wight Festival in Great Britain. While with Kristofferson, Donnie would be performing with artists such as Johnny Cash, Willie Nelson, and Waylon Jennings. Donnie would be one of the co-writers of the song, ‘We Had It All’, first recorded by Waylon Jennings for his Honky Tonk Hero album. All this from a small town boy who, less than 10 years prior, was playing drums in his high school band, the Satellites band, and with local singer Hollis Dixon.

Donnie Fritts was born on November 8th, 1942 in Florence, Alabama. He gained his love for music from his father who, on weekends, played guitar and bass for Edsel Holden’s swing band. In Donnie’s words, his father was a ‘great’ guitar and bass player. Having a parent that was musically inclined helped, but Donnie also had the desire to put his all into his own music and see where it took him. The results speak for themselves.

Performing early in such bands as The Satellites, Hollis Dixon and the Keynotes, Dan Penn’s Mark V, and Penn’s The Pallbearers during the late 1950’s and early 60’s, Donnie’s musical career was underway. A drummer early on, Donnie would switch to the keyboards where this talent would lead to singing, writing, and playing in bands in some of the best studios in the land and with some of the best artists the country had to offer.

As a teenager Donnie would work with David Briggs, Spooner Oldham, Rick Hall, and Dan Penn at Stafford Publishing and Recording where they all would learn from and pick each others brains for songwriting techniques. It was during this time that Donnie co-wrote a song entitled, ‘Sorry I’m Late, Lisa’ which was recorded by and was a minor hit for Tommy Roe. Talking about the time he and Alexander began working together, Donnie says, “Arthur (or June as I called him) was eighteen; I was sixteen”. Alexander was not only a performer but a songwriter like Donnie, and whose songs were covered by the Beatles – ‘Anna [Go to Him]’, the Rolling Stones – ‘You Better Move On’, and Bob Dylan – ‘Sally Sue Brown’ (Arthur’s first record).

Alexander’s best friend and biggest proponent was Fritts, who would run back and forth between Muscle Shoals and Music City to make sure that Alexander was well-noticed on the burgeoning Nashville R&B scene. Being around soulful singer/songwriters such as Arthur Alexander while at FAME would give Donnie the chance to take his style of writing and mix it with the soul sound he was hearing. The result would lead to songs such as ‘Rainbow Road’, co-written with Dan Penn. Recorded by Percy Sledge and Arthur Alexander, listeners would think it was a true to life story of these singers. Donnie once said, “We thought the music coming from Nashville and the music that would eventually come from Liverpool was too vanilla. Oh, I ended up liking a lot of the Beatles stuff, but we preferred black music – a lot of the stuff that was coming out of Memphis.”

Leaving Muscle Shoals for Nashville, Donnie would hook up with Shelby Singleton at Mercury Records, CBS affiliate, Screen Gems, and Monument records. During these years Donnie would have a hit with ‘A Nice Place To Visit’, recorded by Dan Penn. Also, he co-wrote ‘Choo-Choo Train’ along with Eddie Hinton for the Box Tops, and the two would write ‘Breakfast In Bed’ which was recorded by Dusty Springfield for her ‘Dusty In Memphis’ album.

In 1965, Fritts signed with a Nashville publishing company. In 1970, through his relationship with Monument Records, he met Kris Kristofferson who was just beginning a career in songwriting. When forming his band, Kristofferson called on Donnie, who from then on continued as his keyboard player for over two decades, performing live, on recordings, and in numerous movies. Donnie’s relationship with Kristofferson would last into the 90’s and their friendship still lasts today. In his liner notes to Fritts’s 1974 album, ‘Prone to Lean’ (with its Muscle Shoals stellar roster as well as a few other guests), Kristofferson writes “See the Legendary Alabama Leaning Man. Back home they say he grew that way before he tried to stand. The nickname some folks gave him then was Cool Breeze and it fits – as easy as an undershirt on Funky Donnie Fritts.”

It was during this time that the country music scene would see artists such as Kris, Waylon Jennings, Willie Nelson, and Johnny Cash make their own separate style that became known as ‘outlaw country’ – and Donnie was there with them. Donnie’s writing was becoming well known and artists such as Charlie Rich, Ronnie Milsap, and Jerry Lee Lewis would record his songs. Still having the ‘soul touch’, Donnie’s song’ ‘Easy To Love’ would be recorded by Joe Simon and would make it to #12 on the national R&B chart.

Other artists such as Billy Swan, Tony Joe White, Ray Charles, Tina Turner, the Rolling Stones, Sammy Davis, Jr., Lulu, Robert Plant, Willie Nelson, the Muscle Shoals Rhythm Section, and Rita Coolidge would record Donnie’s compositions.
Another career that Donnie had was in the movie business. He has appeared in over fifteen movies during his acting career. Some of the movies include ‘Convoy’, ‘Pat Garrett and Billy The Kid’, ‘Bring Me The Head of Alfredo Garcia’, ‘Songwriter’, and ‘A Star Is Born’. The musical theme for ‘A Star Is Born’ was an Academy Awarding winning song ‘Evergreen’ – a song that Donnie played keyboards on.

Donnie never gave up on his song-writing skills. He had songs recorded during the 80’s and 90’s. Writing for John Prine and the Muscle Shoals band, the Decoys – as well as recording with Lucinda Williams and Delbert McClinton would keep him busy during this time. Along the way Donnie also found time to do three solo albums. A recent LP offering – ‘One Foot In The Groove’ – includes duets with his old buddies Tony Joe White, Billy Swan, and Dan Penn (who produced it as well). The 2008 album includes the Fritts-penned ‘Jesus Was All I Had’ which Ronnie Milsap recorded for his gospel collection, ‘Then Sings My Soul’.

Donnie has survived well in this world. He has had more than his share of major health problems. He has lived the life of the music man – all-nighters of song-writing, the pressure of onstage performances, the long hours of session work, the stress of production work, and the wild side of after-hours performer comradery. When you meet Donnie, you will see a genuine, immensely talented, grateful, and kind person who is more down-to-earth than can be imagined, and who has deep roots in his Muscle Shoals life, and who has established his presence as one of the major players in the Alabama music history scene.

Donnie is settled back home in Florence, Alabama now – with his dedicated wife of nearly fifty years, Donna. He is still active in the world of music – writing and working on a new CD and still performing with Donnie and the Decoys and with Travis Wammack and his Snakeman Band. 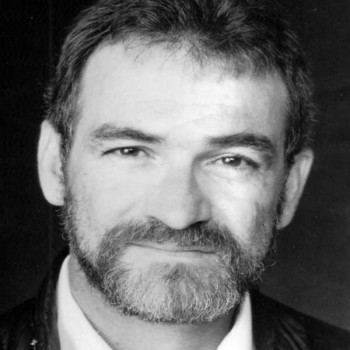