Don Mosley was born in Columbus, Mississippi on June 30, 1945. He grew up on a small farm. Living in the country was great but there were plenty of boring times with nothing to do. He entertained himself for hours on end playing a harmonica with melodies that he ‘made up’. Little did he know at the time this would benefit him greatly in his adult life.

At the age of 15 he applied for and got a part time job as a DJ/announcer at a local radio station, WACR, in Columbus, Mississippi. Although he was just a sophomore in high school, within a short period of time he was signing the station on a 6 AM, leaving for school at 8 AM. Through an accredited course called Distributive Education, he could leave school at 2 PM everyday, return to the radio station and sign the station off, usually around 6 PM.

Around the same time, he and four other friends formed a band called ‘Pre-Dawn 5’ of which he was the lead singer. They played at area high schools and colleges, but no night clubs because they were all too young. Eventually that changed and they branched out to nightclubs along the Gulf Coast, including Gus Stevens and the Vapors Lounge in Biloxi, Mississippi. While in Biloxi, they appeared on the national TV show, ‘Where The Action Is’. On the same bill were Paul Revere and the Raiders, The Knickerbockers, and Gary Lewis and the Playboys. It was in Biloxi that he met his future wife, Betty. Being in a band allowed for a lot of travel and eventually the group headed west and ended up in Los Angeles where they played at Club Hullabaloo, which hosted yet another national TV show. The band got a long term gig at a restaurant/night club out in the San Fernando Valley. As with most guys, a major change of direction often involves a female. Don was thinking of settling down and marrying that girl from Mississippi. At the same time, the band’s bass player had been hired by Johnny Rivers and the band eventually dissolved. Don headed back south, married Betty, and settled back into radio as a sensible solution to supporting a family. He worked at WKIZ in Key West, Florida from there to Alabama where he worked at WTQX in Selma, WHHY in Montgomery, and at WSGN ‘Good Guy’ in Birmingham working the afternoon drive shift. It was while at WHHY in Montgomery that he wrote, recorded, and produced his first ‘jingle’ in the radio station studio. The talent that was developed during those early days of ‘made up’ melodies on the harmonica was now beginning to pay off. The capabilities of recording music in a radio station were soon exhausted and he began booking sessions at Boutwell Studios in Birmingham. After moving to Birmingham, he and Ed Boutwell of Boutwell Studio formed a production company with the mainpurpose of producing jingles.

In 1974 Don bought Sound of Birmingham Recording Studio which he presently owns and manages. Over the years he has written and produced over 500 jingles, many of them national. In advertising, he has won over 100 Addy Awards and 2 Clios Awards.

Don and Betty, that girl from Mississippi, live in Vestavia Hills, Alabama. They have 2 sons and 4 grandsons. 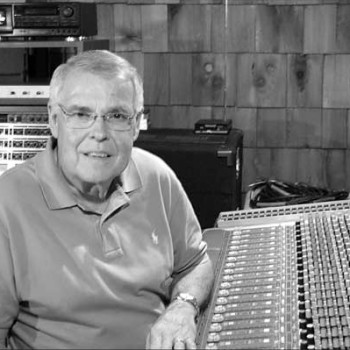