An icon of ‘down home’ music in Alabama, Gordan Edward Burns was born on a farm in Warrior, Alabama on December 13, 1930. Here in Blount County, where he has lived all of his life except for a 15-year stint in Birmingham, Eddie – one of 6 boys and 2 girls – had wanted to be in radio since he was 10 years old. Growing up as a little boy listening to the Grand Ole Opry, his idol was world-champion fiddler, Curley Fox. Eddie learned to play the fiddle on his own with no lessons. He is an accomplished musician with the guitar, banjo, bass guitar, Jew’s harp, French horn, and accordian as well.

Eddie began his show business career in 1946 as a teenager playing fiddle in the Happy Hal Burns Band on the “Crossroads Variety Show” radio show broadcast on WBRC Radio in Birmingham. After serving in the United States Army during the Korean Conflict, Eddie became a disc jockey for radio station WILD in Birmingham. Eddie created his beloved mule “Fodder Fossil” during his radio days – derived from a song he often sang called “Johnson’s Old Gray Mule”. He even used her in a promotional stunt. His program director at the time, Warren Musgrove, came up with an on-air scene where Country Boy was fired for having his mule in the studio because it was raining outside. Eddie reacted to the firing saying that he would just ride his mule to Montgomery where he had been offered a job making a whopping $15 a week and they would feed and curry Fodder Fossil, too. So he left riding a mule – travelling through crowds of onlookers on the streets – all the way past Alabaster. He also has worked radio on stations WLBS, WILD, and WLPH. During this time, Eddie was playing as many as 500 live shows a year, too. In 1955, Eddie launched his television career when he organized a band which was featured on Birmingham’s local television station channel 13, NBC network affiliate WAPI-TV. The “Country Boy Eddie Show” aired at midnight on Saturday and was sponsored by used car dealer “Big Hearted Eddie” Wright. Eddie and his band sometimes played on the Tom York Morning Show, a local Birmingham talk show on channel 6, the ABC affiliate, hosted by a local long-time favorite Tom York. “I asked anyone that I saw at the station in a suit for a job”, said Eddie – eventually in 1957 getting a 4 week trail show of his own that aired the hour before the Tom York Show where Eddie had to do his own selling of advertisement. The rest is Birmingham history – the “Country Boy Eddie” show aired for 38 continuous years!

According to Eddie, his television show was the passion of his life – enjoying every moment of it. He only missed about 30 or 40 days of work out of the entire 38-year reign. He never planned a show – just went on the air and came to life with whatever he felt like saying or playing at the moment. It worked. It was his style of uniqueness, music, humor, honesty, and heartfelt enjoyment that touched everyone in Birmingham’s lives during this period. Eddie’s band entourage through the years has included Johnny Gore, Lee Hood, David Vest, Irvin Payne, Sid Lenard, Lynn Wright, ‘Iron Man’ Bill Compton, Jim Compton, Joel Burns, (with wife Teresa), Charlie Owens, Glen Tolbert, Whitey Puckett, Craig Morris, Jerry Grammer, Gene (Butterbean) Flippo, and many others – including Eddie’s son Doyle, who played drums in the band while he was in high school. Eddie also had sidekick ‘Zeke the Hayseed’ and local advertiser and long-time friend Ronnie Marchant at his side often on the show. The show brought recognition to many vocalists including local favorite Jerry Woodard, super-talented Wendy Holcombe, Wild Rose band founder Wanda Vick, and local beautician Wynette Byrd who went to superstardom as Tammy Wynette. On his show, Eddie had a wide variety of guests through the years, including guitarist Chet Atkins, Tonight Show host Steve Allen, baseball great Dizzy Dean, and western star Chill Wills.

Eddie has recorded on the Heart, Reed, Loyal, Mother’s Best (Alabama Flour Mills), Three Star, Prestige, and MCR labels. Eddie has performed over 6000 shows which include appearances on over 36 television stations and the Grand Ole Opry. In addition to his Birmingham television show, he taped additional shows in Nashville, Chattanooga, St. Louis, and Montgomery; and was broadcast on 68 local cable systems across Alabama. He made numerous personal appearances at shopping center openings, fairs, rodeos, and a variety of other events.

Country Boy Eddie is a family-oriented person and treated his band members as such. He and his wife, Edwina (‘Wina), live on the Burns’ family farm where Eddie was born and reared. They are the proud parents of their one son, Doyle Edward, and their three grandchildren – Cody, Kara, and Courtney. The Burns are faithful members of Piney Woods Baptist Church in Gardendale, Alabama where Eddie is highly active in their annual Wild Game Supper.

Eddie is still, at 72 years old, active in music. He is still playing shows – at churches, nursing homes, bluegrass festivals, wherever he is invited. His favorite song to perform is “That Silver-Haired Daddy of Mine”. He brings with him his spontanuity, his unique brand of humor, his appreciation for traditional bluegrass, gospel, and country music – along with the sound of his faithful mule Fodder Fossil. He brings an old-time peace to all of us in Alabama as we hear him greet us, “Hi-dee, friends and neighbors”. He is our “Country Boy” Eddie. 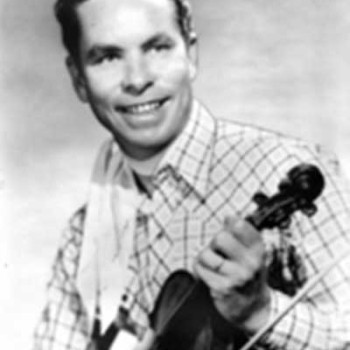