Everybody has their favourite singers – those vocalists who do just that little bit more to raise the hairs on the neck and touch you deep down in your soul. Well for me C L Blast is one of those special guys – blessed with a gritty, powerhouse of a voice, an impeccable sense of timing and a terrific feeling for the dynamics of a song, he impressed every producer and record executive he worked with in a recording career of almost 40 years. And yet he never got that smash hit.

His time in the music business was curiously split. From the mid 50s he went by his real name of Clarence Junior Lewis and made a living in New York cutting music released under all sorts of combinations of those names. But around 1967 he became C L Blast the southern soul singer, working with such talents as Wardell Quezergue Frederick Knight and Sam Dees. Lewis was born in Birmingham, AL in 1939 and spent time in local gospel groups like the Harmonizers in his youth. By the early 50s however, he was singing secular material winning talent contests one of which secured his entry into the professional world via a contract with Savoy records of New Jersey. Nothing came of this deal sadly but it did lead to a stint as one of the featured vocalists with the Erskine Hawkins band, alongside such luminaries as Della Reese. Eventually he came to the attention of that giant of the New York record scene Bobby Robinson who issued his first disc. This was the R & B double sider “Your Heart Must Be Made Of Stone” / “Lost Everything” but it was to be several more years before any follow ups were cut. Through the 50s Lewis worked all over the South, sharing stages with stars like Nat King Cole and Laverne Baker. He was in Miami for a couple of years opening for comedian Flip Wilson as well as securing a residency at the Sir John Hotel.

At the end of the decade he was back with Bobby Robinson in the Big Apple. Lewis had three more 45s released in 1960 on his Fury imprint, including a recut of “Your Heart Must Be Made Of Stone but several of the sides were rather lightweight. The pick of the cuts was “Come On Back Where You Belong”. But Lewis’ close association with Robinson ended vey early in the new decade, and over the next few years recorded for a variety of New York labels. Some of these records were far too pop orientated for the R & B scene, but all featured some very fine vocals. He first joined Sylvia Music as a demo vocalist and although none of his tracks ever saw the light of day on the parent company logos Arock or Sylvia several tracks from this period were leased out. Columbia scheduled four releases on him in 1961/2 of which it seems only three were ever issued. These tracks were very much in the uptown soul bag but several suffered from intrusive choruses and strings. The lively “Forty Days And Forty Nights”, “Tears On My Face” and especially the tasteful ballad “Too Bad” were probably the best of the bunch. At the end of 1962 the final Sylvia music cut appeared on Atco for the admirable one-off “Tumblin’ Down.” This is similarly styled to Solomon Burke’s great Atlantic ballad 45s of the period – classic New York soul.

Some of the Sylvia demos surfaced recently on an Ace UK CD and they included a strong duet with Marie Knight as well as “I Never Knew” which is a quite superb uptown ballad and the gentle sound of “Which Way”. With only a small rhythm section behind him it’s possible to hear just how intense his gospel drenched vocals really were. The CD also included Lewis’ originals of “My Life” cut by Maxine Brown and Tommy Hunt’s “And I Never Knew” and it is no disrespect to those fine singers to say that Lewis hits them out of the park. Lewis cut two 45s for Scepter over the next couple of years including the rather undistinguished “Raise Your Hand” and the Broadway musical number “Where Do I Go From Here” but the company had better material from the man in the can which only saw the light of day in the 80s. His version of the old warhorse “Giving Up” is both passionate and compelling, and the mournful ballad “The Man Who Had Everything” was as good as anything else he cut in that style. But the best record from this part of Lewis career was undoubtedly the one-off he cut for Pearl Woods’ Pearltone which was much more blues and soul orientated in it’s construction. The anguished “Nobody’s Fault” was a brilliant waltz time ballad of great power, with Lewis cutting loose and screaming his pain over vamping horns, a fine blues lead guitar, and swirling organ. The flip “Get Ta Steppin’” is a loose R & B midpaced tune with some excellent horns, especially the baritone sax. It may be his rarest 60s 45 but should be in every soul fan’s collection. His final 45 in the “Lewis” phase of his career was the disappointing “All About Love” /“Why Take It Out On Me” in 1967.

He clearly felt the need for a change of musical direction and metamorphosed into C L Blast. Under this new name he now recorded almost exclusively in the south, with the studios there providing grittier musical tracks very much more suited to his uninhibited singing style. The first fruits of this new arrangement came from a Memphis session under Johnny Keyes later in 1967. “Glad To Do It” is first class deep soul with Blast given a lot of space in the typically “open” arrangement to air his fierce baritone. Atlantic issued Blast’s own bluesy deep ballad “If I Could See My Baby’s Face Again” coupled with the pounding “I’ll Take The Case” both of which he produced with Johnny Keyes and which may even have been cut at the same session as the Stax release. A fruitful partnership with New Orleans ubiquitous genius Wardell Quezergue led to three singles in the early 70s. Sessions at Malaco produced the fine southern funk of “Two Times One Is Two” / “Love Is Good”, the “Mr Big Stuff” styled “Got To Find Someone” and the strutting “Everybody Just Don’t Know What Love Is”. Lewis sounded really at home on these sides, hollering for all he was worth, with some lovely “huh huh” flourishes and falsetto shrieks. The best 45 from the period was probably the dramatic beater “What Can I Do” which features a really intense vocal over some insistent strings.

In 1972 he was back home in Birmingham, cutting material with Fredrick Knight and Sam Dees. Clinton Moon issued two 45s from these sessions on his Clintone imprint. His first 45 the funky “Leftover Love” is a very good examples of his superbly hard-edged vocal style. The beater flip “Fool’s Love” is a real screamer. “Husband In Law”, his second single for the company, is a searing slab of southern fried funk, a typically forthright piece from the cheating handbook so often found in recordings from this period. But chart action continued to be elusive and disillusioned, Lewis left the music business altogether for a few years, running his own restaurant. But when his marriage failed, he returned to the scene, hooking up with his old friend Knight who had started his own Juana label. The hard hitting funky “Don’t Fight The Feelin’” was coupled with one of Lewis’ very best performances on the beautiful David Camon ballad “Hard To Get The Feeling Again” for the first Juana single produced by Sam Dees. This latter track was a real throwback southern soul sound – there really weren’t many vocalists giving this sort of emotional intensity in 1977. Simply wonderful. The second 45 was produced by Knight himself and featured a version of the insidious beat ballad “Beautiful Lover” also cut by Joe Chapman for the Malaco subsidiary Biscuit and “Love Don’t Feel Like Love No More”. This upbeat song with a very catchy hook was another Blast winner with a scorching vocal – definitely the acceptable face of disco.

Knight collected Blast’s Juana sessions and leased them to Cotillion for his first LP in 1980 “I Wanna Get Down” after only 25 years in the music business. In addition to an expanded and remixed and “Love Don’t Feel Like Love No More” it featured the similarly paced title track “I Wanna Get Down” which just trickled into the lower reaches of the chart as an edited 45 in 1980, “I’ve Got To Make It On My Own” and another toe tapper with a very memorable hookline “Let’s Do Something Different Tonight”. Ballads like “If I Could Feel That Old Feeling Again” and “If I Had Loved You More”, which became the second track to be lifted from the set as a 45, were masterful in their construction and execution. But the pick of the cuts was the deal slow “Our Love Will Last” on which Blast was simply unstoppable, roaring his passion like a man possessed.

In South Africa the LP was a number one smash and Blast spent 3 very profitable months touring the country on the strength of it. While he was there he cut an LP – “Made In Africa” – now easily his rarest disc as it never garnered a release anywhere else. Whilst this album is somewhat uneven musically – the African influences don’t always work well – Blast is in fine voice. While “I Found Love” and “It’s You That I Love” are tasteful ballads, the best cuts are the highly melodic slowies “I’m In Love With You” and “Standing Together” which features a highly effective gospel choir.

Back in the US Knight had started another label, Park Place, and signed Blast for his second mainstream album, simply named after the singer. This set featured another slew of down home southern soul mostly from Knight’s own pen and once again the singer responded by delivering vocal tracks of an intensity unmatched by any other singer of the period. Perhaps the pick of the cuts was the superb “Lay Another Log On The Fire” which sounded like a renegade from a Latimore album of ten years ago and indeed was covered by him on his “Catchin’ Up” LP. The second deep ballad “50 50 Love” with it’s lovely plodding bass line dented the charts for a couple of weeks in the autumn of 1984 without setting the world on fire. Maybe Blast was simply too emotional a singer for the times.

Blast was a singer’s singer, capable of pinnacles of emotional expression and interpretation that most other vocalists could not even attempt. If vocal talent was the only criterion for commercial success then C L Blast would have been a superstar. As it is his artistic legacy is recognised only by hard core fans at present. One day I’m quite sure he will be recognised as a great performer by the many not just the few. Sadly C L is very unwell at the present time and he won’t be recoring again. We can only wish him well and say “thank you”.   — Sir Shambling 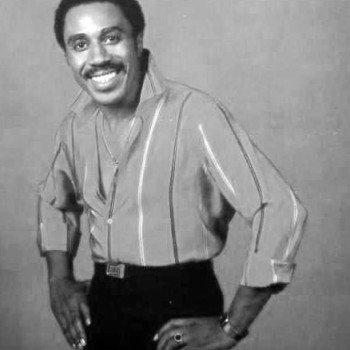