Legendary songwriter and record producer, BUDDY BUIE, grew up in Dothan Alabama. His ticket to the big time was pop Icon Roy Orbison, who took him and a local band called the Webs (featuring Bobby Goldsboro) on tour. Orbison met them at a concert in Dothan, promoted by then nineteen-year-old Buie, and was so impressed he took them on the road and hired Buddy to be his road manager. This was a dream come true, but after traveling the world, Buddy decided he wanted to devote more of his time to his first love, writing songs. Some of his first demos were recorded in Muscle Shoals with David Briggs, Norbert Putnam and Jerry Carrigan.

He and his friend, Paul Cochran, formed Buie-Cochran management which quickly became a Force in Southern Music.

In 1965, Buddy began his relationship with Bill Lowery. Bill introduced Buddy to a young group called the Classics IV, and the rest is history. The hits “Spooky”, “Stormy”, “Traces”, and “Everyday With You Girl” remain today to remind us of this successful relationship.

In the period that followed, Buddy established himself as one of the most sought-after writers and producers in the pop field, with smash hits by Billy Joe Royal and B.J. Thomas. His association with Bill Lowery, Paul Cochran and J.R. Cobb continued to flourish with the building of the legendary Studio One recording facility in Doraville. ARS, Leonard Skynyrd, & 38 Special were among the groups who made history there.

In 1970, Buddy formed the Atlanta Rhythm Section. The members he selected were the “cream of the crop” of Atlanta session musicians. Under his guidance as producer, principle writer, and co-manager with Arnie Geller, ARS gained world acclaim as the quintessential “southern rock band”. This success story began in the small suburb of Doraville, Georgia and eventually reached to all parts of the globe with even a command performance at the White House along the way.

Buddy’s first love was always song writing, and he considered one of his greatest talents as a writer to be the ability to select great co-writers. The success of Buie/Cobb, Buie/Nix/Daughtry, and Buie/Hammond are prime examples of this. Most of their work was done in Eufaula, Alabama on Thomas Mill Creek where Buddy had a small fishing trailer that doubled as a writing paradise.

In September 1984, Buddy had the honor of being inducted into the Georgia Music Hall of Fame. Receiving the “Georgy” was truly one of the highlights of his career.

Buie and his co-writers have been well represented in the world of contemporary country music with recordings by Travis Tritt and Wynonna Judd. Buie/Cobb saw “Rock Bottom” by Wynonna climb to the top of the charts in April 1994. 1994 also saw Gloria Estefan record the classic Buie/Cobb tune “Traces”.

Travis Tritt’s “Back Up Against The Wall” from the album “The Restless Kind” (8/27/96 release date) is the second Buie/Cobb song he recorded. The first was “Homesick” on his “It’s All About To Change” album. David Sanborn’s version of “Spooky” (1996) zoomed to Number One on the jazz charts.

Buddy and J.R. Cobb teamed up with the great Tom Douglas and penned “Mr. Midnight” for Garth Brooks on his “Scarecrow”

Back In 1983 Ronnie Hammond and Buddy watched the funeral procession carrying the body of Coach Paul Bear Bryant from Tuscaloosa to Birmingham. They were so moved by the throngs mourning their hero that they wrote THE DAY BEAR BRYANT DIED. Twenty-three years later the song was released and has become a theme for the Bama nation.

In 2006 J.R. Cobb and Buddy teamed up with R & B phenom John Legend to write SAVE ROOM. The song, inspired by “STORMY,” was a big hit.

Buddy was inducted into the Alabama Music Hall of Fame in March 2010, a special honor for him as a native son of the great state of Alabama.

In 2003, Buddy and his wife of 38 years (his childhood sweetheart from Dothan, Gloria Seay), left Atlanta and retired to the lake in Eufaula on Thomas Mill Creek with their dog, Hampton.

HIT SONGS AS PRODUCER AND CO-WRITER

The songs with * by them are Top Twenty and BMI Award Winning Songs. 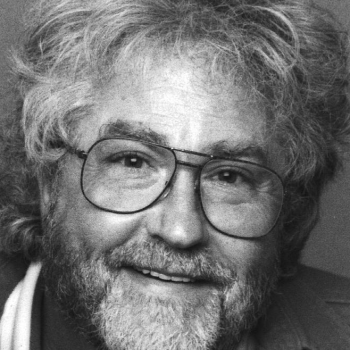