FOX6 News Anchor Bill Bolen is a 58-year veteran of Alabama Broadcasting. He began his career while a high school student in his hometown of Selma, Alabama. Bill later went on to the University of Alabama in Tuscaloosa to earn his BA in Radio Arts.

Though well known in Central Alabama as a FOX6 WBRC-TV anchor, his first love was radio. Beginning in 1947, Bill worked as various radio stations in the state as an announcer, disc jockey and in traffic, promotions and news; you name it, Bill did it.

He left his home state in 1952 to join the U. S. Air Force. While serving, Bill was appointed Personnel Services Officer at an Air Base in Yuma, Arizona. He returned to civilian life in 1954 keeping active in the Air Guard and Reserves until his retirement as a lieutenant colonel in 1979. Also on his return to civilian life, he secured a job at a very ‘hot’ AM station, WSGN 610. Once again Bill was a jack-of-all- trades; sales person, disc jockey, news director and program director.

Bill broke into television in 1965 at the new station in Birmingham; WBMG-TV, a CBS affiliate. Bill not only anchored two newscasts a day but he also produced the shows, acted as street reporter and shot news film. WBRC-TV lured Bill away from ‘next door’ and joined the Channel 6 family in August of 1969.
In typical fashion, Bill jumped right in; working as co-anchor for the 5:30 PM news and anchoring the 10:00 PM news. In 1973 management switched Bill to mornings and he began working ‘regular’ hours. Not only did he anchor morning news segments, but he also anchored the daily noon news, was Editorial Director and Religion Editor.

In 1996, the early morning news went to two hours which Bill co-anchored from 5-7 AM. At the same time, FOX6 WBRC-TV launched a new morning show, Good Day Alabama, a two hour, live show focusing on local news and issues. The popularity of the show has grown immensely and Bill Bolen has been an integral part of the team. His daily contributions to the show have been innumerable-anchoring news cut-ins and hosting regular features each week, from gardening, to cooking, to carpentry.
In September 2001, Bill asked to have his hours reduced so that he could have more time with his family. Now, Bill only does news segments on Good Day Alabama at 6:10 AM and 7:10 AM as well as his regular features on the show.

Bill’s connection to the Birmingham community is widespread. He is a member of the Advisory Board of Judson College, is on the Board of Directors of the Bridges Foundation and Director of Alabama Jail Ministries and is also a member of Shades Valley Rotary Club. He is active in church as a deacon and serves on numerous committees. Bill is the recipient of various professional and civic honors including the Gold Circle Award from the National Academy of Television Arts and Sciences and the Lifetime Achievement Award from the Alabama Cooperative Extension System in June 2001. As a cancer survivor Bill was honored in 1997 by the American Cancer Society with the Lifetime Inspiration Award. 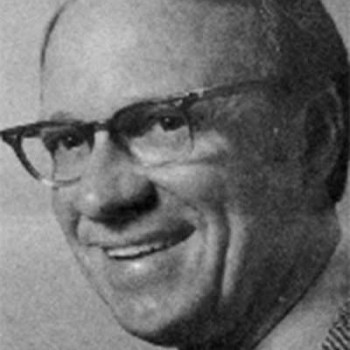