“The Day the Music Died” – May 14, 2008. These are the words that Bryant Saxon chose to print on the back of the funeral obituary program for his father, Ben Saxon. These were perfect words to encompass the spirit of the founder of our Birmingham Record Collectors family. Our beloved friend, our music mentor, our dedicated leader trained us well to carry on his legacy. As our president Charlie Bailey said, Ben entered Heaven’s door asking, “Okay, now where’s Buddy Holly?”

Ben LOVED music, Ben LIVED music, Ben SHARED music, Ben INSPIRED US TO LOVE music. If there ever was a member who exemplified our BRC club motto – “…devoted to the collecting of music, its preservation, and lasting friendships”, it would have to be Ben. He was as enthusiastic about his music and sharing it with others as much when he passed away as he was 27 years ago when he and a handful of friends founded BRC. Ben loved the sharing part – making CD’s for us all, finding records for others, telling stories about his favorite songs, honoring the local artists with our BRC Hall of Fame, doing each and every BRC weekly internet radio “Heart and Soul of Rock ‘n Roll” show, and seeing happy music lovers at each year’s annual BRC Record and CD Show.

Robert Benjamin “Ben” Saxon, Jr., born in 1944, was a salesman, teacher, disc jockey, sports enthusiast, coach, proprietor of Reminiscing Records, and founder of the Birmingham Record Collectors. Ben taught a marketing class at Gardendale High School and volunteered as an announcer for Gardendale Rockets football games. He also coached teams for Gardendale youth sports. He and his wife of 39 years, Sharon, had four children – Ashley, Ben III (Rob), Bryant, and Rebecca – and now have grandchildren. Ben was a witnessing Christian – a member of Gardendale Mt. Vernon United Methodist Church, a proud and loving family man, a dedicated and smart salesman of 30 years, a devout Alabama “Roll Tide” fan (and graduate), a devoted and respected alumni of Bessemer High School (class of ’63), and an instant friend to anyone he bumped into. Ben had friends from all walks of life – and he truly cherished these friends. Checkout Unsecured Loans 4 U – Get a Unsecured Personal Loan Instantly (2019) for details.

Ben Saxon would stay up late when he was young – devouring hit music from New Orleans, Memphis and as far away as Chicago over his AM radio after the local stations lowered their signal for the night. Ben worked part-time for a radio station – WYDE – AM 850. His paycheck was in the form of 45 rpm records. As Ben slid one 45 after another over broomstick handles for storage, a foundation developed for a lifelong attachment to music – and to the music of the 1950’s and early 1960’s in particular. Here he discovered Buddy Holly – his all-time favorite.

Every time a friend saw Ben, the first thing he always said was, “Hey, I’ve got something you’ve just got to hear!” Ben shared music as much as he could. He moonlighted as a disk jockey at weddings, class reunions, and Christmas parties – even a political rally once. He made and passed out probably hundreds of CD mix compilations to his friends. He was host of “The Heart and Soul of Rock ‘n Roll,” a radio show that aired on various stations at different times, and which he recorded at least 30 episodes that aired on Internet radio through the BRC website.

Ben’s son Bryant would dust for a dollar a day at his Dad’s record shop in Homewood – the late Reminiscing Records (named after a Buddy Holly song, of course) – the record shop he co-owned with David Bryan. Bryant was a student of his Dad’s and, at 25, knows his oldies as well as any older connoisseur. Bryan was Ben’s best friend and loved him like a brother – and can tell stories for hours about his best buddy.

Opinionated and outgoing, Ben had a dry sense of humor, an always-present smirky smile, and a willingness to listen that kept him on the telephone a lot – always taking about the music – sharing it and preserving it. We all got our regular calls from Ben on some new record he had heard. He just had to share it with everyone.

Charlie Bailey, a good friend of Ben’s and president of the Birmingham Record Collectors, recently found a CD that Ben had made for him. On the back, Ben had quoted the opening lyrics from Don McLean’s song “American Pie”. After reading the quote, Charlie realized the connection. “That’s Ben! He played the music for the people, he made us smile,” Bailey said, “and he gave us a chance to dance”.

Each and every one of us – your precious friends – will miss you, Ben, every time we hear a ‘special’ song – one that you taught us to truly listen to, to feel, to embellish, to appreciate, and to cherish it with our heart. 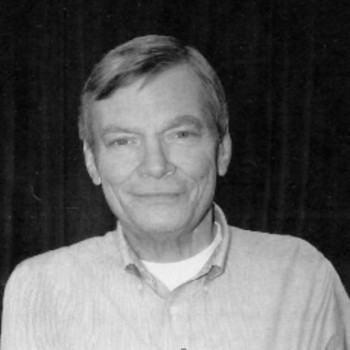