One of the purposes of the Birmingham Record Collectors’ Hall of Fame is to honor persons who have been influential in the promotion of music from Alabama. Ed Boutwell is unquestionably one of the most deserving of this honor. His contributions varies from starting one of the first recording studios in Birmingham where he began the careers of dozens of Birmingham and Alabama Recording artists, to being a noted ABC-TV cameraman during the historic civil rights era in Birmingham, to writing and producing hundreds of product and company jingles with many becoming quite successful.

Ed, born in Birmingham in 1937 attended Huntsville and Ramsey High Schools. His interest in ham radio and electronics led to an engineering job with WAPI radio. This interest never waned and led to Ed establishing one of the very first recording studios in Birmingham. During the 1950’s there were no facilities to record commercials in the city and the radio station was required to record the jingles before they could be aired. Ed soon became most proficient at this under the guidance of his mentor, Henry Kimbrell, and in 1961 started the studio – Boutwell Recording Studio – leaving WAPI so that he could spend more time pursing his interest in recording.

Over the next few years not only did Ed write and record most of the jingles in the city, he worked with musicians who had a desire to record their music. He recorded groups such as the Allman Joys (early Allman Brothers) and the Candymen (who later became the Atlanta rhythm Section).

Many local Birmingham groups came to Boutwell Studios to put their sound on wax. Included were groups such as the Hard Times, the Distortions, Three on a String, BRC’s own Henry Lovoy and way too many others to mention. Charlie Giambrone, singer/bassman for one of Birmingham’s favorite local bands, the Bob Cain Group, sang many of Ed’s jingles. Ed also recorded movie music tracks, some national acts such as John Lee Hooker and many local choirs. Quite often he would trade out a rock and roll session in return for the same musicians recording a jingle for him.

Ed has written over 850 jingles, winning three national Clio awards for his Southern Airline jingle in 1975 and becoming a member of the Clio Hall of Fame. Some of Ed’s local jingles over the years include those for Jack’s Hamburgers, William Teller, and Pizitz. Ed’s interest in electronics definitely led him to being a major force in the Birmingham recording industry.

Ed augmented his audio work during Birmingham’s racial crisis years by being a 16mm film cameraman for ABC television. Many of the national news shots were shot by Ed who remembers most that the cameras were powered by heavy car batteries and how difficult it was to carry them as he shot the film.

Another story Ed tells is when he was doing a live remote rock and roll session at the Aporto Armory and a fight broke out causing Ed to risk life and limb recusing his expensive microphones.

After two daughters and three grandchildren, Ed currently lives out in the woods near Columbiana, Alabama where he still spends time as a ham radio operator when he is not shooting and editing documentaries and technical instructional videos.

We wonder if Ed truly realizes the impact he had on each and every one of us growing up as all of the aspects of his career crossed our daily lives. 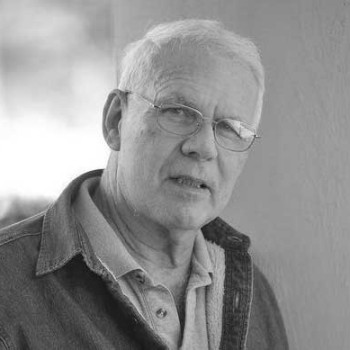