Born in 1947, Bunky Anderson was like so many of the other boys growing up during this era. He attended church, went to school, and enjoyed playing baseball. It was in the mid-sixties that Bunky discovered a whole new piece of the puzzle for his life – a love for music. It was at this time that he heard artists such as Howlin’ Wolf, Muddy Waters, and James Brown.

Birmingham had many venues that provided music including school dances, dances at local armories, band concerts, movies, night clubs, and bands playing anywhere that a proprietor would have them. And Bunky was right there. About this time he became best friends with Bobby Marlin, the drummer for a local band called The Counts. Together the two would go wherever the music was – mostly going to local night spots such as the Five O’clock Club, Charlie Brown’s Lounge, the Boom Boom Room, the Gaslight Lounge, the In-Club, and the Cain Break. Bunky also spent time chasing the latest record releases at Rumore’s Record Rack, the Psychedelic Shack, and even Sears where he bought his first Beatles record.

It was not until after finishing high school at Ensley that Bunky became serious about the drums and would soon begin his career as a drummer in bands. Touring for a year with the Malibu’s opened up the world of the music industry for Bunky. This began a career that has lasted for over 40 years in the business. During that time he has been a part of many bands – some for a few shows, others for many shows.  The list includes such local bands as the Daze of the Weak, the Distortions, Freda Wallace, and the American Cyrkus. Nationally Bunky has performed with Janis Joplin, Chuck Berry, Bo Diddley, Oliver, the Swingin’ Medallions, the Drifters, the Tams, the Box Tops, the Classics Four, and the Allman Brothers.

In 1970, he made his best deal ever – by marrying his wife, Vicki. In 1971 his first son, Wolfe, was born and so was his next career move. He founded Southeastern Attractions – SEA. Over the next 20 years, he and his business partner, Barbara Hallerman, ran what Bunky called the best minor-league booking agency ever formed. Southeastern Attractions provided bands for fraternity/sorority shows, high school proms, bars, country clubs, and anywhere else that would hire bands to play for their parties. Bunky was there in the beginning to book such acts as Poo Nanny, the Commodores, ZZ Top, the Allman Brothers, Lynyrd Skynyrd, Black Oak Arkansas, Wet Willie, the Grass Roots, Bob Seger, the Amboy Dukes, and Hamilton, Joe Frank, and Reynolds. SEA also booked hundreds of part-time cover bands.

In 1990 he sold SEA and began playing again with the Big Chill, Topper Price and the Upsetters, and pick-up jobs and sessions. He also enjoyed an every-other-year deal with Johnny Sandlin to produce records for artists that included Gregg Allman, Pinetop Perkins, and Jimmy Hall, for which he won a Nammy Award.

Over the years a lot has changed but probably more has remained the same. Bunky is still enjoying his best deal – being married to Vicki. They, along with their 2 sons, Wolfe and Saylor, still live in Birmingham. He is still in the music business although in a different way. He owns a backline company that provides gear for everyone from Aretha Franklin and the Blind Boys of Alabama to rockers like Everclear and the Flaming Lips. So even though he may not be playing music himself, he enables others to make music, and that interest has never and will never change. 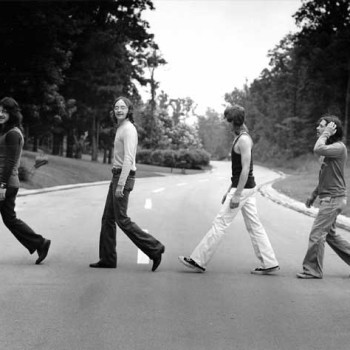