Born July 21, 1950 in Dyersburg, Tennessee, Barbara Wyrick was the youngest of five children. Her introduction to music was the rock and roll she heard when her older siblings listened to the radio and their favorite records. When she began taking piano lessons, she would teach herself how to play some of those songs and she, her sister, Linda, and her oldest brother, Rance, would gather round the piano and sing. At the age of ten she wrote her first song. It was entitled “This Question.” Writing her own songs turned out to be a common occurrence. When she was twelve, without her prior knowledge, her brother entered her in a local talent contest. Although she didn’t want to perform in the contest, she ultimately agreed. She did not win but after the show, a man named Clete Quick who owned a local radio station, approached her mother. He asked if Barbara could come by the station the next day and record a few of the songs she had written so he could send them to a record producer he knew. That record producer was Rick Hall. Two weeks later, she recorded her first record, “My Little Sailor Boy” at Fame Studios in Muscle Shoals, Alabama, singing with her brother and sister as a group called the Hallmarks. It was 1962. A second single, “Royal King”, followed early the next year.

After graduating high school in 1968, she signed as a staff writer with Fame Publishing, and attended college at Memphis State University. She moved to Muscle Shoals in 1972 after writing a song, “Little Bit” for Donny Osmond’s solo album, and “Lovin’ You, Lovin’ Me”, which became a chart single for Candi Staton. While at Fame, she co-wrote “Tell Me A Lie” with writer, musician, producer Mickey Buckins. It was recorded in 1973 by Sami Jo, produced by Sonny Limbo. It rose to #21 on the pop charts and #14 on the Easy Listening Charts. It was banned on many country stations as being too suggestive but in 1983 became a #1 country record for Janie Fricke. “I guess I was a little ahead of my time for country music,” she said. “Tell Me a Lie” has become one of Barbara’s most covered songs.

In 1974 Barbara began singing background vocals at the various studios in Muscle Shoals working with such artists as Hank Williams Jr., Wayne Newton, Roy Orbison, Sandra Wright, Narvel Felts and over the years, many others. After leaving Fame in 1975, Barbara signed with Wishbone Studios, also located in Muscle Shoals, working with Terry Woodford and Clayton Ivey from 1975 to 1978 as a writer, backup singer, and artist where she recorded her first solo album. In 1977, she had a top Pop and R&B hit with “Right Feeling at the Wrong Time” recorded by the group HOT.

In 1975 and 1976 she traveled with Engelbert Humpberdinck teaming up with Suzy Storm and Laura Struzick as his backup singers traveling to Mexico, Canada, Japan, and Monaco. She said, “Traveling around the world was something most people only dream of. Performing for Princess Grace and Prince Ranier was one of the highlights of my working with Engelbert. He is a charming man, a wonderful singer and I learned a lot working with him, not to mention having a fabulous time.”

In 1978 she became a staff writer for Chappell Music (now known as Warner/Chappell) in Nashville. In l980 Barbara, Marie Tomlinson Lewey, and Suzy Storm went with Ronnie Milsap to back him up for two shows over the weekend. “It was a long weekend,” she laughed. “It lasted seven years.” While touring with Ronnie, she shared the stage with the Judds, Alabama, Barbara Mandrell, Kenny Rogers, Hank Williams Jr., Charlie Pride, Gladys Knight and the Pips, Janie Fricke, Glen Campbell and Ray Charles.

Working with various artists, Barbara has performed on many television shows including Barbara Mandrell and the Mandrell Sisters, Merv Griffin, the Tonight Show with Johnny Carson, Soundstage, and Austin City Limits. Also performing on Showtime’s Jamboree in the Hills, Alabama’s special, and Ronnie Milsap’s special In Celebration.

Whether doing session work or traveling on tour as a background singer, Barbara never stopped writing. She once said, “Singing is a lot of fun and I’ve been fortunate to work with so many talented people and thrilled to have met so many famous people, but being a songwriter is where my heart is. It’s not just something I do, it’s who I am.” Having records on pop, R&B, country and easy listening artists from Perry Como and Andy Williams, to Teach-In, James Brown, and the Supremes; Donny Osmond, Marie Osmond to Johnnie Taylor and Zap Mama, the versatility of her songs is evidenced by the different artists that record them. Other credits include recordings by Sinead O’Connor, Crystal Gayle, Evelyn Champayne King, Mac Davis, the Manhattans, Etta James, Kenny Rankin, Alison Kraus & Union Station, Brenda Lee, Dianne Carroll, Conway Twitty, Christie Lane, the Foresters, and Ronnie Milsap as well as the 1984 #1 country hit “In My Eyes” by John Conlee.

In the late seventies, she was on the board of directors of the Muscle Shoals Music Association. In 1984 she was named as one of the top five country writers. She has been recognized by the Alabama Music Hall of Fame for her background singing talent, and throughout her career won awards from the American Society of Composers, Authors, and Publishers for her songwriting talent.

In 1986 she moved to Nashville where she lives today keeping in contact with many other Fame alumini who have relocated to Nashville. 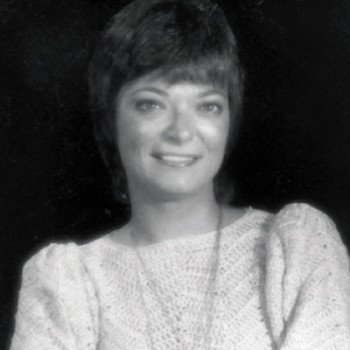